Lossless Audio! Streaming Steps it Up!

The music you play is as important as what you play it on and what you play it through. The truest, cleanest, highest bit rate content will produce the best sound under all the right conditions (connections, components, calibrations). While analog may be the “original” music format, access can be a challenge (turntables aren’t exactly portable). So, how can you enjoy truly lossless audio in this digital world?

We want our music and we want it now but, are we willing to compromise on quality? And are we willing to pay an added fee -on top of a base subscription- for higher quality? Those answers seem to be yes, but to a certain point.  While a smartphone paired with a quality set of earbuds can produce a rather impressive sound, we understand that digital content is “compressed”, like a zip-file, and that we’re missing out on some of the depth in the track. Imagine the image produced on a standard definition TV vs. on a 4K LED. Portions of the music that have been deemed “undiscernible” to the human ear have been stripped.  This may be acceptable for casual listening on-the-go or during your workout at the gym, but not when you want to really experience music. That, however, is about to change.

Frustrated by prohibitively expensive subscription fees, rocker Neil Young is on a mission to make available top-quality digital sound at a reasonable cost for the masses.  He is preparing to launch a high-quality streaming music service, Xstream, which is based on a technology developed by Orastream.  It will be an adaptive streaming service that changes with available bandwidth. His feeling is that the higher bit rate will provide a more authentic analog sound vs. the more “squared-off” (more compressed) bit-rate which loses, in some ears, the essence of the music. While the technology behind the service is amazing in that it is capable of complete high resolution playback, Young himself expressed doubts that smartphone chips could adequately decipher the high-quality files.

Another service making a splash onto the streaming scene is Tidal.  Tidal is the first subscription streaming service to offer both High Fidelity music and High Definition music videos. Their lossless audio plays well with Apple devices and Android systems, as well as on a PC or when integrated in a wide range of hi-fi network players. To really appreciate the difference, they offer an audible demonstration of Lossless 1411 kbps (kilobits per second) music, as compared to the Vorbis 320 kbps of Spotify (desktop version) and iTunes’s AAC 256 kbps*. It’s worth a listen.

Popular streaming service Spotify is also reportedly testing the market for lossless audio.  The service tier referred to as Spotify Hi-Fi would be competively priced between $15-$20/mo. Great news for those who want to access a vast library of music on a quality sound system.

If you’re one who enjoys hearing every note that every instrument plays (and who doesn’t?) which, until recently has meant analog, then these new streaming options are music to your ears. What you play it through (your hi-end audio system) is another story, and one in which we at SoundVision are eager to assist!

*As reported by Tidal

How to Build a Hi-end Listening Room 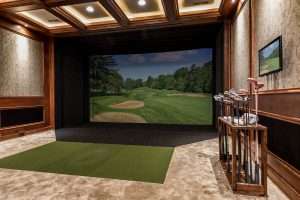